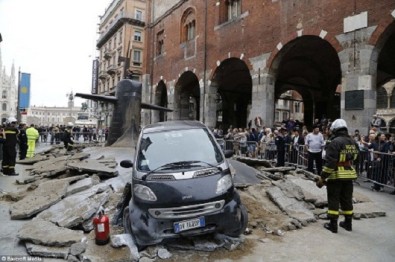 Bystanders in Milan got a shock the other day when the turret of a submarine appeared out of nowhere one morning, seeming to have erupted through the paving stones on the Via dei Mercanti. They were even more bemused when sailors appeared at the top of the turret and were helped to safety by Italian […]

Read full story • Comments Off on Bringing ideas to life

Today we went to Leather Lane Market where we got £37,91 from people on the street and some of the shop owners – THANK YOU SO MUCH! 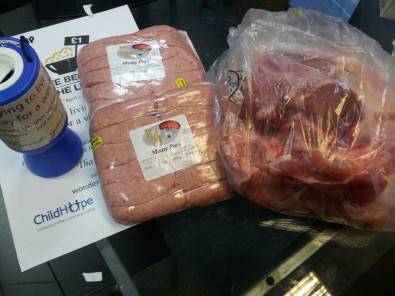 On our 4. day of Live Below the Line challenge, Line went to Smithfield Meat Market at 6 am. She got 2 fantastic food donation! One day left – we can do it!

I just want to… 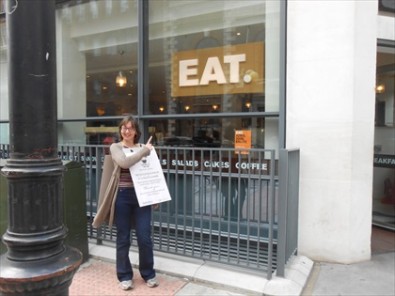 We took our Live Below The Line sandwich boards out around Hatton Garden and Leather Lane. There were a few quizzical looks but its great to get the message out to a wider audience.