It’s Titanic, but not as you know it… 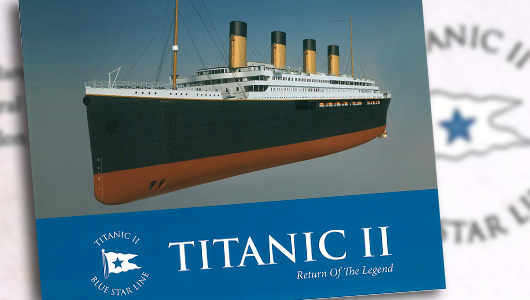 It was a glittering occasion, worthy of a night aboard the original Titanic. Last Saturday, Wonderberry was invited to mingle with the great and the good at the London Gala Dinner celebrating the launch of Titanic II – a breathtaking project indeed. We were also there on behalf of clients Arthur Price (who produced the original Panel Reed cutlery used on board Titanic) and Nicholas James, Hatton Garden’s award-winning contemporary jeweller, who created a stunning sovereign ring to mark Titanic’s 100th anniversary last year.

So, never heard of Titanic II? In a nutshell, its the brainchild of Australian billionaire, Clive Palmer. Having made his fortune in mining and recently in shipbuilding, one thing led to another, and the Blue Star Line was born. The ship will be built in China and launched in 2016 – read more details in this newspaper article.

The Gala Dinner was held at the Natural History Museum where guests were served a delicious eleven-course dinner dervied from the first class menu served aboard Titanic in 1912 and which took over a year to design and produce. There was also live entertainment including a traditional Irish band (in a nod to the ship’s Irish connections: built in a Belfast shipyard and its last port of call at Cobh, formerly Queenstown, before heading out into the Atlantic.)

It was an eerie moment when Titanic II plans were unveiled. The attention to detail is incredible with many features of the original replicated in this offspring. The four iconic funnels are there along with the magnificent grand staircase (remember Leo and Kate in the movie?) and the Turkish baths. There are even reports that guests in each cabin class will not be allowed to mingle – as would have happened in 1912 – and there will be no television or telephones, and possibly no internet!

We will watch with bated breath as news unfolds of this exciting development and very much hope to be part of the Titanic journey as it continues.